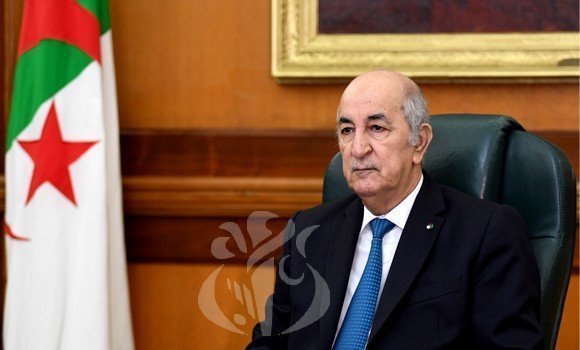 Message of the President, Mr President Abdelmajid Tebboune, on the occasion of the commemoration of the 60th anniversary of the celebrations of the Victory Day, on 19th March 2022, under the slogan “Determination and victory”.

In the name of Allah, the merciful, the most merciful, and peace and prayers be upon the most honourable of the messengers,

Tomorrow, we celebrate the 60th anniversary of a historic national day, immortalized by the sacrifices of the Algerian people and the caravans of glorious martyrs as a symbol of victory, and to get rid of the abhorrent domination of colonialism. The declaration of a ceasefire, after the Evian negotiations, was a victory and a sign of the defeat of the injustice and darkness of the aggressors on our pure land, who were overwhelmed by erasing our identity, obliterating our civilization, culture and heritage, and were defeated by the will of a free people determined to remain genuinely free.

This historic moment in the nation’s triumphant march would not have been that great resounding echo extending to the lower reaches, if it had not been the shining culmination of an epic and glorious revolution, and an inevitable outcome, of bitter generous sacrifices, which have rolled since the colonizer stepped on our redeemed homeland through heroic popular resistances, through heroic popular resistances, rooted in the records of memory and history, generations will inspire them – today and tomorrow – to meet the martyrs, and to inspire our young people the energy and manhood, and the will to build and develop.

It shone in the sky of Algeria that day, the signs of victory. The Algerian people drew strength and determination from them to cope with the effects of massive and terrible destruction. A terrible total devastation attests to the heinous crimes of colonialism, which will not be forgotten and will not fall by statute of limitations, since it is inevitable that the file of memory and history will be dealt with responsibly and fairly, in the atmosphere of openness and trust.

In this direction, I reiterate that this issue will remain at the heart of our concerns. We will continue relentlessly and without compromise to complete our efforts by insisting on our country’s right to recover the archives, clarify the fate of those missing during the glorious war of liberation, compensate the victims of nuclear testing and other issues related to this file. In order to stay faithful to our martyrs.

Celebrating this historic and renewed occasion and other national holidays brings back to our minds the sacrifices of the brave heroes who have pushed themselves to the front lines of combat, in mountains, in the deserts and valleys. So, they suffered and endured – with pride and glory – the hardships of the path of freedom and dignity. Because Algerian women and Algerians relate their children and grandchildren to those great glories, and to Algeria’s great historical legacy, they have thus achieved a solid foundation, on which today an independent national state is based, which has withstood and won the November reference, in the face of tremors and tribulations, is today aware of the profound transformations at the regional and international levels, and is moving in the context of security to work to create the reasons that preserve Algeria’s position in a global context, characterized by volatility and unrest, and in a world that will not be in the future, with the same influences that have governed international relations for decades, nor with the same pillars of global political and economic balances.

As we live with the world in these special and complex circumstances, crucial regional and international variables, we affirm that our aspiration to build an emerging Algeria requires a reconsideration of the value of effort and action, and a keenness to enhance our national security in many respects and in all its dimensions, from potential symptoms and emergencies, to ensure the unity of our class, to join our efforts, to deepen the sense of national duty, and to assume responsibilities in the fullest way, in various sectors and in all locations towards the nation and the nation.

Finally, on this Victory Day, we have mercy on the souls of the righteous martyrs, renewing their promise to fulfil their sacrifices. We pay tribute to their mujahidin comrades; may Allah give them life.

Glory and immortality to our righteous martyrs.